Storms clouded the skies and my mind as I arrived early September 11th at The Springs. 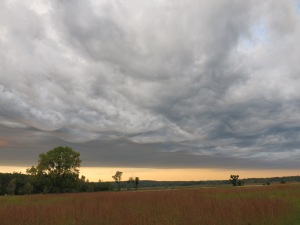 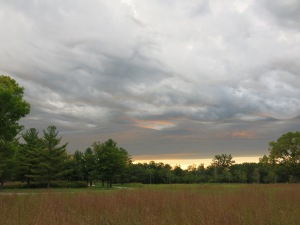 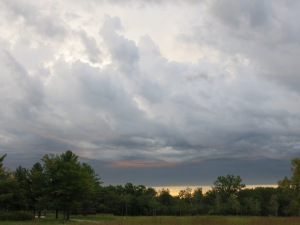 I was reminded of the fact that, although September 11, 2001 was a bright, sunny, day in the city, hurricane Erin, a category 3 hurricane, passed by just offshore as the towers disintegrated.

There is a lot we know — or choose not to know — about what really happened on 9/11. Don Rumsfeld explained the conundrum: “There are known knowns. These are things we know that we know. There are known unknowns. That is to say, there are things that we know we don’t know. But there are also unknown unknowns. There are things we don’t know we don’t know.” Now juxtapose that with the words of the philosopher Soren Kierkegaard: “There are two ways to be fooled. One is to believe what isn’t true; the other is to refuse to believe what is true.” So long as the majority of people choose to remain ignorant, i.e. to not ask who, what, where and when, examine the facts and remove the contradictions, regarding the events of September 11, 2001, the crime of the century, we will continue down the path of endless war that we are on.

I found solace for my breaking heart and worried mind at The Springs yesterday. My first stop was the drainage ditch along the trail near signpost #1 in which a curtain of cattails had risen up to obstruct the view into the Scuppernong Prairie. 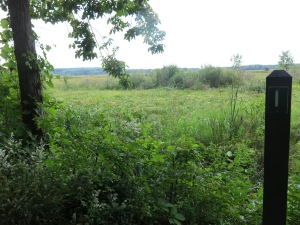 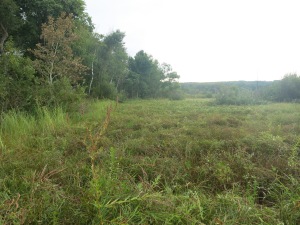 White turtlehead is a new plant for me (thanks for the ID John). 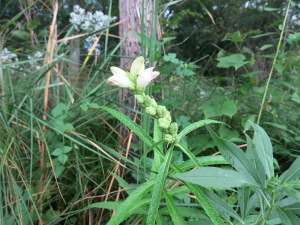 Water Smartweed (Polygonum amphibium). I found it in the meadow in front of signpost #1. Thanks to Amanda Prange for identifying it! 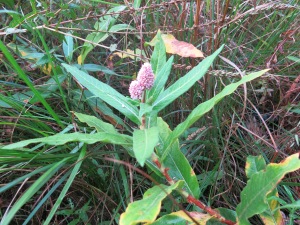 This great plains ladies-tresses is near the marl pit bridge. 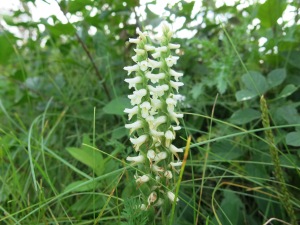 On my way to the marl pit area I noticed that someone had made off with two of the original rails from the Dousman Marlboro & Southern railroad at signpost #2. Robert Duerwachter, the author of THE PONDS OF THE SCUPPERNONG, also wrote a fine history of this railroad called The Tibby Line, which you can find at the bookstore at the Southern Unit of the Kettle Moraine State Forest headquarters. John Hrobar noticed last week that one of the rails had been loosened and he suggested that I try to secure it before it got stolen. Sorry John. You can sum up all of Natural Law in one statement: Do Not Steal!

The area between the gaging station bridge #5 and the marl pit bridge #4 is another meadow that is being invaded by cattails, phragmities, purple loosestrife and reed canarygrass. Here is a look before I got after it with the hedge cutter.

Then I went to a cranberry bog along the cutoff trail to finish piling some buckthorn that I cut last spring. My to-do list is clear now and I’m looking forward to getting back to Buckthorn Alley. I had a little time at the end of the day to dig spotted knapweed on the sand prairie.

Relaxing at the marl pit bridge. 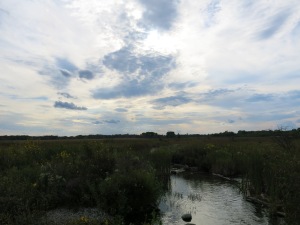 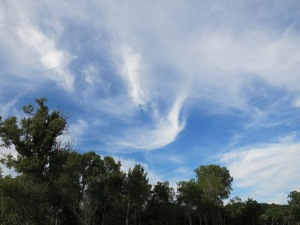 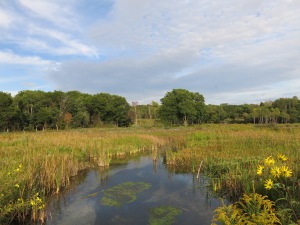 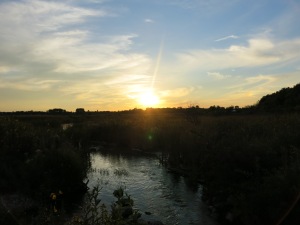 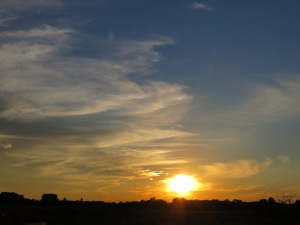 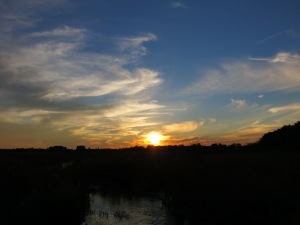 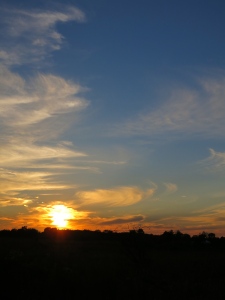 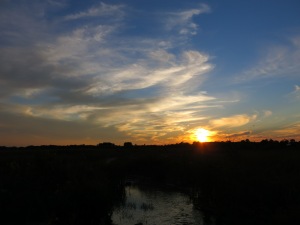 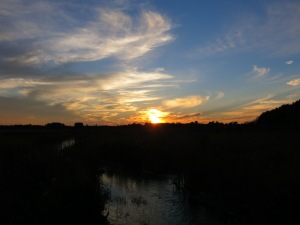 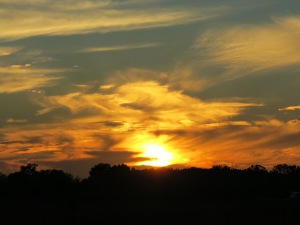 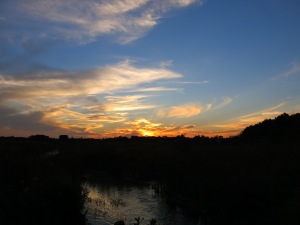 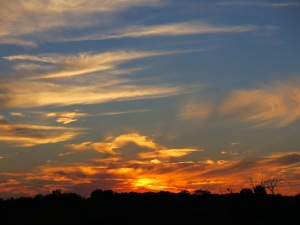 5 thoughts on “The Tibby Line”