“I am just an amateur photographer; I enjoy a walk or hike in the city or country with camera in hand.”  Tim Kant

I met Tim on October 11th, the first frosty morn of the season, and encouraged him to share his images of The Springs here.  Regarding his pics displayed below, he modestly advised: “There is nothing in this dropbox folder that is worthy of the National Geographic.”  Well, maybe they are not as cool as your wolf pictures Tim, but I like them.  Click the photos to view them full-size. 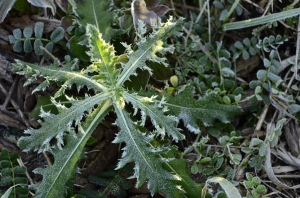 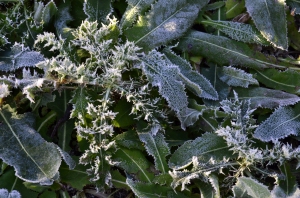 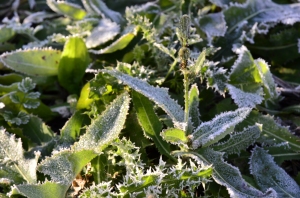 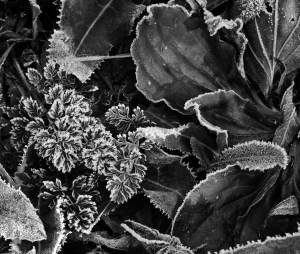 View from the marl pit bridge. 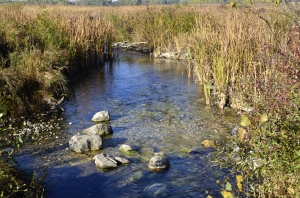 During his recent visit to The Springs Ben Heussner explained that one of these huge culverts came from the gaging station bridge location.  He recounted the many times they had to remove beaver dams from that site before the culvert was pulled out.  That solved a mystery for me regarding how the cut-off trail got flooded out.  I thought the beaver dam was at the marl pit bridge and I couldn’t figure out how a pond in that area could have affected the trail.  Now I know; the beaver pond was upstream of the gaging station bridge and that is why the cut-off trail got flooded.

Ok, that was the first version.  Ron Kurowski provided this explanation via email:

Read your latest news from the springs and wanted to clear up where those large culverts (marl ovens) were originally located. They were at the marl bridge and beaver would make their dams inside them and it would be quite a problem to take them out, so that is why they were removed. The beaver would make their dams on either side of the other (water guage)  bridge and create a huge flowage on the east side of the bridge. It killed a lot of buckthorn that way but not enough. It flooded the main trail and the short cut.

I asked Ron for more info about the “marl ovens”.

The “culverts” were right where the marl bridge is today and were back to back in line with the flow of the river.  I believe that these “culverts” were the massive boilers for the large kiln that dried out the marl to turn into quick lime.  They also could have been part of the large kiln!! They were originally near the  concrete marl plant and probably someone who owned the property before the DNR bought it, moved them into the stream for a culvert. It sure would be interesting if there were more photographs of the marl plant, as to how it looked but we only have one rare photograph of the plant. 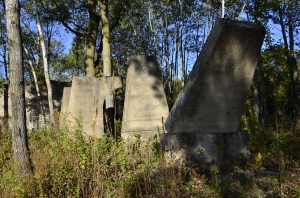 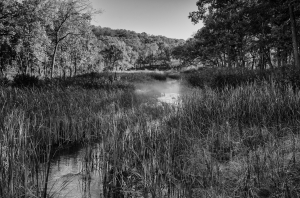 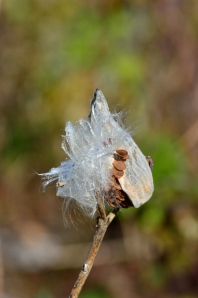 Very nice!  Thanks for sharing Tim.

I had a mellow week working at The Springs cutting brush along the east end of the cut-off trail and along the northeast perimeter of the loop trail in preparation for the burn next spring. 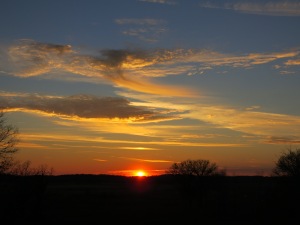