The White, Black, Red and Burr Oaks on the Cut-Off trail create a sacred space.   These majestic works of art exhibit the most graceful, dynamic, flowing, architectural lines possible.  Removing the clutter and tangle of Buckthorn from beneath their sweeping canopys is akin to wiping away the dirt from the ceiling of the Sistine Chapel.  I’m honored and thankful for the opportunity to do it!

It couldn’t have been more peaceful and beautiful at the Springs today as I continued clearing Buckthorn along the cut-off trail in the area marked in white below.

I made a little fire, and needed it to defrost my sprayer, but with the bright sunshine and light winds, I was plenty warm. 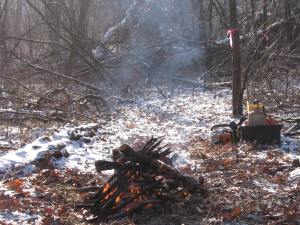 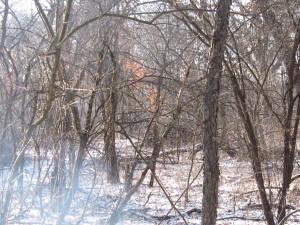 There were some huge and TALL Buckthorns in this area and they all seemed to be sprouting dozens of interlocking trunks and branches.  It tries your patience after a while and I had to quit after 6 tankfuls with the chainsaw. 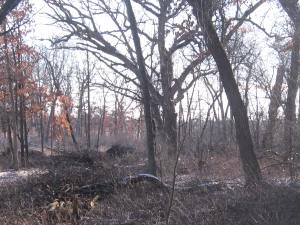 Its tough to capture the scale of these beauties in the Oak Cathedral. 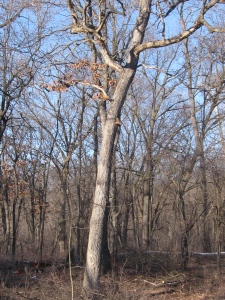 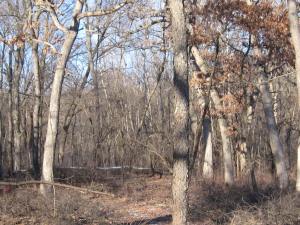 The Scuppernong River is near and will be visible from the trail. 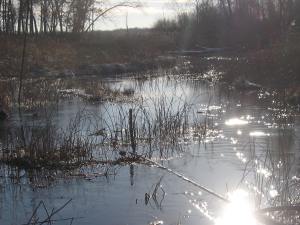 In THE PONDS OF THE SCUPPERNONG, Robert Duerwachter described efforts to create a goldfish farm in this area of the river.  I think I found the spot.  There are some old pipes laying there, which we’ll haul out, and a spring is flowing into the river.

The sun set early behind a solid bank of clouds and I took these pictures on the high ground at the South end of the trail that we recently cut and burned. 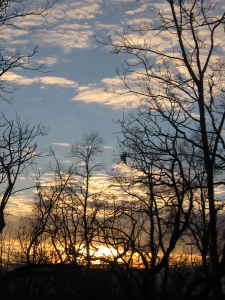 The water level is holding steady but it looks like there is some dirt, or possibly, damage at the base of the measuring stick.  We’ll have to take a closer look next time.

Heh, see you at the Springs!