The valley along the Scuppernong River headwaters is starting to look more like a meadow and less like a marsh since we began working there in May, 2011. The marsh was screened by a curtain of buckthorn, willow, dogwood and black cherry, and dominated by cattails and phragmities in its interior. Thickly overgrown watercress damned the river causing it to overflow and saturate the valley. Aspen clones established themselves over the old hotel site and all the way up both sides of the river. Left unattended, this is what had evolved “naturally” since the hotel burned down in 1972 and the ponds were drained in 1992; a far cry from the state in which the Sauk, Ho Chunk and Potawatomi peoples maintained it, I’m sure.

Consider the mix of random and deterministic effects at play; the acts of man and the laws of nature. We homo sapiens (wise man) are in charge, capable of altering the course of nature, but deferring to nature’s laws for the outcome manifest. I’ve chosen, with a little help from my friends, to intervene in the course that nature had been set on by the random acts of man. We cut the brush around the perimeter, unplugged the river, cut the cattail and phragmites, girdled the aspen and burned the place.

Yesterday I finished cutting the cattail and phragmites seed heads in the river valley south of the old hotel site and the fruits of our labors can be seen in the Scuppernong Springs Meadows. I got a chance to literally walk across every square foot of the valley and see the amazing diversity of plants that have emerged and note the many, many small, unnamed springs and seeps that will keep this meadow on the wet side. I hope you get a chance to visit The Springs soon and see the wonderful displays of color in the wet meadow and sand prairie.

Here is the view of the last patch of phragmites.

And after I cut it (watch full screen if you want to see the butterflies).

Then I got after the cattail jungle north of the footbridge in the former lower pond. 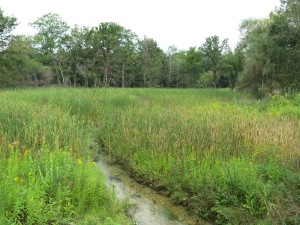 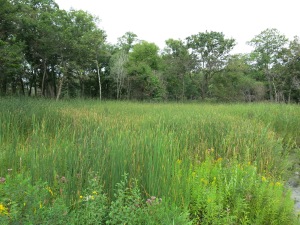 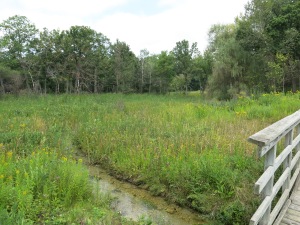 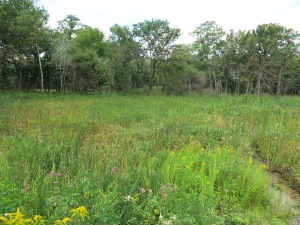 Marlin Johnson, retired UW Waukesha biology teacher and currently resident manager at the UW Waukesha Field Station, warned that the cut ends of the cattail and phragmites can take root. I’ll be monitoring the results to verify.

Then I went to the sand prairie to continue pulling weeds, mostly spotted knapweed, this time armed with a little garden shovel to get the roots out. It’s going to take years to get rid of the weeds, but it’s starting to look pretty good. 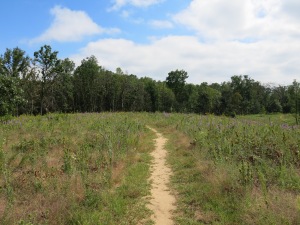 I took a dip at the Marl pit bridge and practiced a bit of yoga and deep, conscious breathing, while enjoying the views. 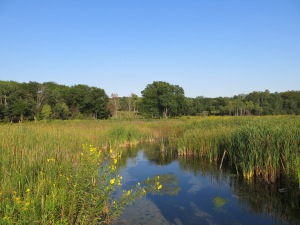 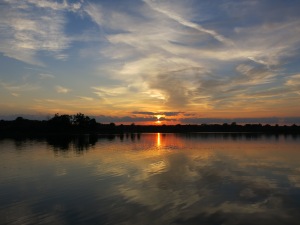 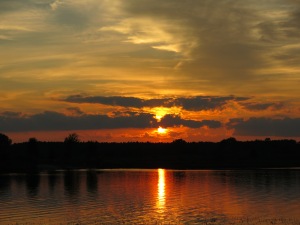 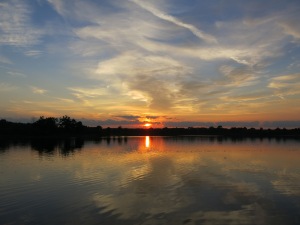 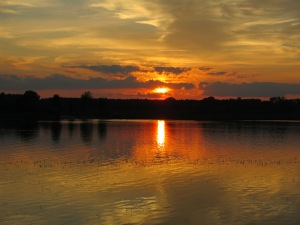 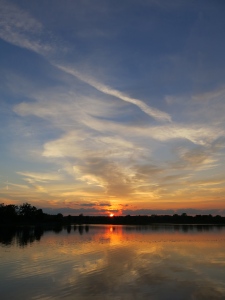 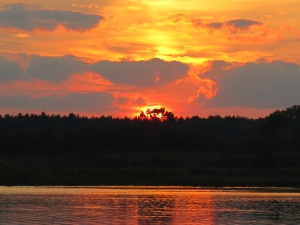