In The Buckthorn Metaphor I equate fighting buckthorn with fighting for the truth. A bit of a stretch maybe, but here is another buckthorn metaphor. Remember the last time you were entangled in a complex emotional conflict with at least one other person? How did you get there and what is the path to resolution? It’s kind of like being lost in a buckthorn tunnel: one minute your just walking down the trail and the next thing you know, the buckthorn has grown so thick that it envelops you.

The first hundred yards of the Scuppernong Springs Nature Trail taken in the counter clock-wise direction could only be described as a Buckthorn Tunnel. Using towering aspen clones for support, the buckthorn had grown tall and lush on both sides of the trail literally forming a tunnel. During my recent camping adventure at Ottawa Lake I got the chance to shed light at the end of the buckthorn tunnel with my chainsaw. And, via the power of podcasts, I got some useful tools for resolving interpersonal conflict from my friends at Tragedy and Hope that I want to try to integrate.

One is Marshall Rosenberg‘s idea of Non-Violent Communication, which is explained in relation to critical thinking in this excellent article by Darrell Becker. The other is Edward Di Bono’s The Six Thinking Hats, which is a fantastic way to think in parallel and cover all the bases when trying to resolve an issue. Listen to Di Bono enlightening lecture.

I began ripping down the buckthorn tunnel at The Springs near signpost #1.

At the end of the day…

After years of walking through this deeply shaded tunnel of buckthorn, my eyes were eagerly awaiting the views of the landscape and open skies. I was able to get after it two more times before folding my tent. The next time out I cut the east side of the trail.

And here is how it looked afterwards.

Then I cut the west side of the trail.

I cut heaps of buckthorn that is now waiting to be piled and burned. Opening up views of the landscape and letting the sun shine in is exciting and I deeply appreciate every minute I spend at The Springs. At a much smaller scale I dug out spotted knapweed on the sand prairie in anticipation of sowing the seeds that Amanda Prange, Don Dane and their helpers have been collecting nearby. Since visiting the sand prairie a 1/2 mile east of forest headquarters along the Ice Age Trail and the pasque flower preserve sand prairie just north of Piper Road alongside the horse trail, I know better now what “success” looks like.

Gentian near the boardwalk leading to the Emerald Spring 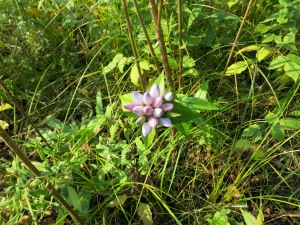 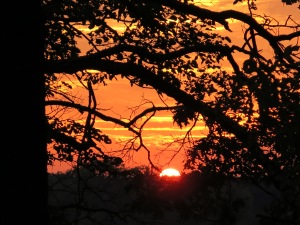 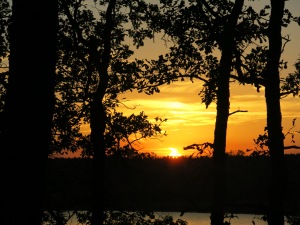 3 thoughts on “The Buckthorn Tunnel”