Thank you, dear reader, for following my exploits here at The Springs.  Long-time readers know that I’m an activist at heart; frustrated in my attempts to change the world.  Why is that?  I’ll let the over-quoted icons, George Orwell and Winston Churchill, explain: 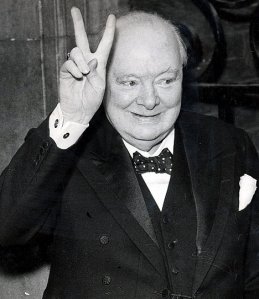 “History is written by the victors.”

“The great game” is being played constantly by the titans of finance and their minions in government.  It’s one thing to become conscious of it and quite another to do something about it.  I know, I’ve tried.  And now, I’m taking refuge at The Springs.  I’ll give it 7 years; I started in May, 2011.  Yup, then I’m going to move on and change the world, but for now, I’m living the simple life at The Springs.

Indeed, things have gotten much simpler at The Springs: I don’t fret about the possible side effects to me and the environment from foliar spraying toxic poisons anymore, I gave up on the phragmites and narrow-leaved cattails that dominate the river valley (last year, I cut the tops off with a hedge cutter, which was a waste of time), and I let the life cycles of the many invasive plants dictate what I work on e.g., my highest priority now is pulling spotted knapweed before it goes to seed. 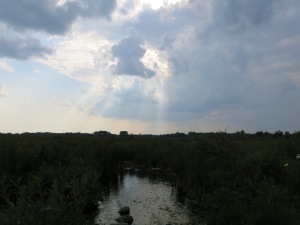 Last weekend I continued to clean up the area just downstream from the Scuppernong Spring, where we pulled up the flumes and support beams, and Ben Johnson and I kept it really simple pulling spotted knapweed on the sand prairie.

On Sunday, I got out the brush cutter and whacked many huge American Pokeweed plants that were flourishing on the south end of the trail. Although they are native, DNR trail boss, Don Dane, advised me to keep them out of The Springs.  I cut a lot of Canadian Fleabane and tidied up the trail a bit on the south end.  I pulled knapweed in the afternoon, which, I think, along with the frequent rains and the hand of the creator of course, is helping the sand prairie burst with blooms. 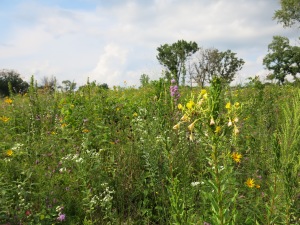 Yesterday, I called out the big guns i.e. the mighty arms of Rich Csavoy, to help me rebuild the sloping deck at the Indian Springs.

Rich picked the northwest corner of the deck to anchor and level the new foundation. 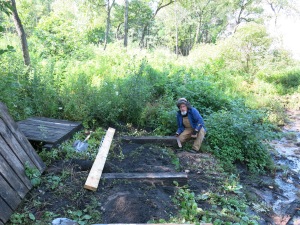 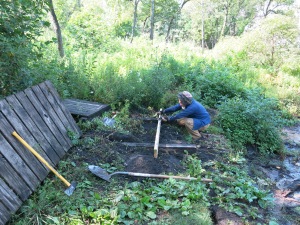 We soon had a new foundation, set on pillars buried in the front and 6″x6″, 4′ beams recovered from the river, nestled in the hillside.  Then we relaid the deck on top and replaced a few missing deck boards.

It makes a really nice place to sit and enjoy the Indian Springs.  I wasn’t through with Rich yet, and I asked him to take a look at the cantilevers in the deck pedestals we recently build; there were some gaps between the supports and their loads.

After a few minutes of study, Rich selected a few choice shims from the nearby pile of flume scraps, and neatly toenailed the beams together.  Thanks Rich, you taught me a lot!  And, before I forget, thanks again to Big Jim Davee for kick-starting our boardwalk and deck rebuilding efforts.

We had a 4′ section of boardwalk left over from the deck rebuilding effort at the Scuppernong Spring and Ben suggested we place it on the riverbank near the decks we recently moved to the place I call, for now, the no-name springs. 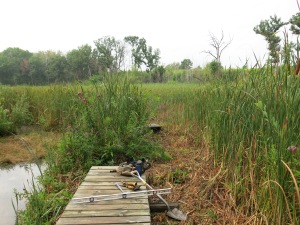 Celebrations are in order!  After two failed seasons in a row, our resident Sandhill Cranes have successfully raised 2 chicks to robust young adults. 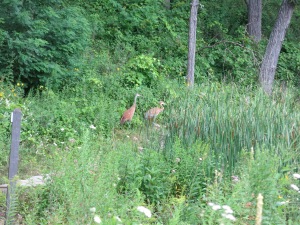 3 thoughts on “Simplifying Life at The Springs”