During the night the sun/son of God was born of a virgin. I pondered this as I arrived at The Springs on the last day of the winter solstice; Christmas. What would happen if the whole world shook itself free of the myth of the historical Jesus and recognized the ancient astrotheological origins of the symbols and characters portrayed in “The Christmas Story”?

I walked quickly to the gaging station bridge hoping to get some cool pictures of the fresh snow. Compare the photos below to the headline image for this site above. The river was crowded with buckthorn on that sunny morning and the fresh, wet, snow hung thickly on the branches. 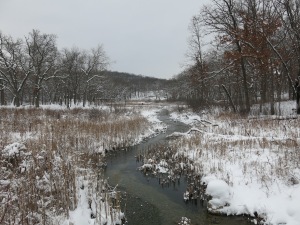 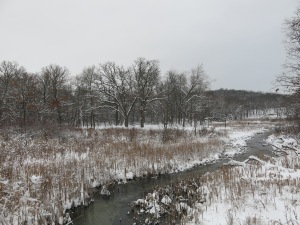 I walked to the marl pit bridge and recalled the connections between the constellations Orion and Virgo and “The Christmas Story” that Jan Irvin and Andrew Rutajit explained in their fascinating book Astrotheology & Shamanism Christianity’s Pagan Roots (video here). 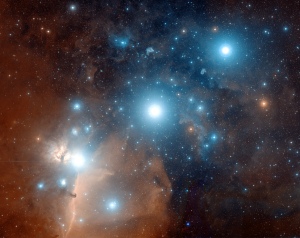 The tale tells us that these kings traveled a great distance. This is because on this day, the three stars of Orion’s Belt begin their journey across the night sky immediately at twilight. When this alignment with Sirus occurs, it appears to point strait down at the earth as if it were pointing down to the place where the sun in the sky is about to rise. On this night, we know that God’s son, the sun in the sky, is about to be born. When this occurs it is Christmas morning. It is the dawning of God’s sun/son, the beginning of the (real) New Year, and the first day of the sun’s journey to the north.

During the summer months the belts of Orion and Sirius are turned up in the sky at a different angle and are often hidden by the daylight sun. Only one night of the year do they swing fully down and point directly at the earth in alignment with the sunrise while appearing on the horizon just after twilight.” 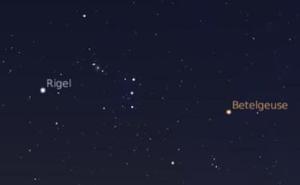 And what about the virgin birth, I thought while gazing from the marl pit bridge? 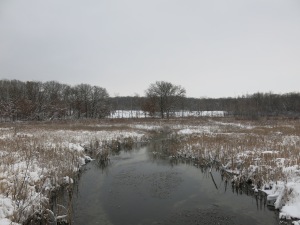 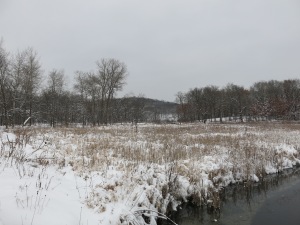 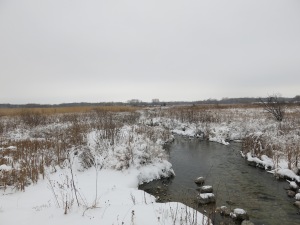 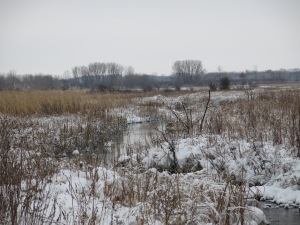 “The sun in the sky is born under the constellation of the virgin, Virgo, on December 25th. As a result, the sun deity is born of a virgin as well. As the Age of Pisces began, its opposite sign in the zodiac, Virgo the virgin, was on the western horizon. As we pointed out in chapter three, Horus was born of the virgin Isis-Meri on December 25th. Isis-Meri (Isis the Beloved) was the Egyptian name for the constellation of Virgo. Meri (Mary) also happens to be where words like marina and marine (references to the sea) come from, because cultures who watch the sun rise over the ocean witnessed God’s sun being born out of the ocean and walk on water.”   Astrotheology & Shamanism Christianity’s Pagan Roots

Would love and compassion disappear from the earth if people knew the truth about the origins and Christianity?    Check out Bet Emet Ministries for more interesting info: “Bet Emet’s Websites are intended to be a “Spiritual Pilgrimage” in ones study of “the Christ”; moving from the assumed Historical Jesus Christ to the Mystical Jesus Christ and finally to the Mythical Jesus Christ.”

I tucked this reverie in a back pocket in my mind and dragged a sled-full of gear down the Buckthorn Alley, where I planned to meet Ben Johnson (pictured by the fire below) and Jim Davee to cut and pile some buckthorn. 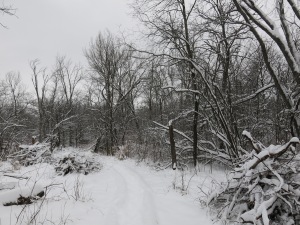 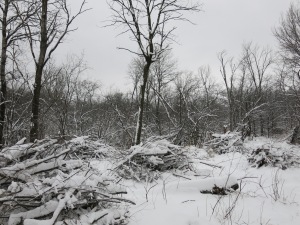 It is definitely more challenging to work in the winter snow, but we had a nice fire to warm up by and this area is too wet to work in any other time of the year. 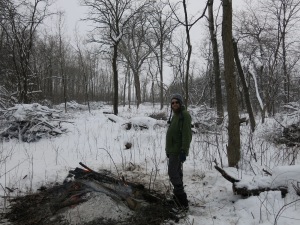 I was happy with the results! 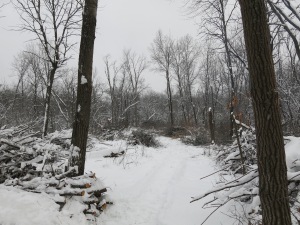 Ben and I talked about the work the DNR did on the scuppernong river, that I recently reported on, and we decided to take a look from the south side of the river. 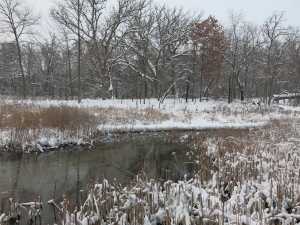 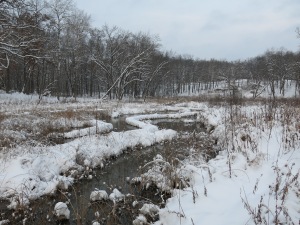 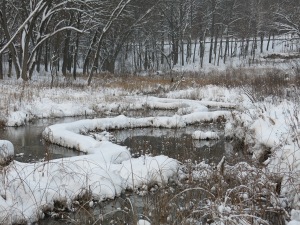 From there we walked along the river’s edge all the way up to the “Big Spring”; that was a workout.

I hope the sun/son will be shining the next time I See you at The Springs.

6 thoughts on “Born of a Virgin”