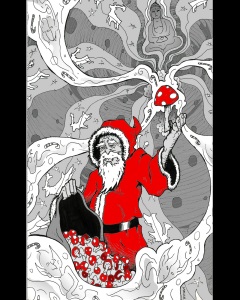 It was a once-in-a-lifetime experience and I was reminded by Jan Irvin, the co-author with Andrew Rutajit of Astrotheology & Shamanism Christianity’s Pagan Roots regarding Amanita Muscaria mushrooms: “Be careful and realize the double edged sword that they are.” He was referring to the experience of Heaven and Hell that Clark Heinrich described in his book Magic Mushrooms in Religion and Alchemy. The only time I would consider taking the journey into the spirit world again would be in the context of my death with dignity.

I experienced many examples of Natural Law on my “trip” and I highly encourage you to check out Mark Passio’s seminar on the subject here. I’ll provide a brief summary and then give an example.

What does Natural Law mean?

Natural: Inherent; having a basis in Nature, Reality and Truth; not made or caused by humankind.

Law: An existing condition which is binding and immutable (cannot be changed.)

What are the General Principles of Natural Law, also known as the 7 Hermetic Principles (please see Mark’s presentation linked above for in-depth explanations)?

Here is Mark’s explanation of the expressions of natural law.

He goes on to explain that the 8th, or “lost principle”, is CARE. It is depicted below as a circle encompassing the 7 Natural Law Principles and he refers to this image as The Seed of Life.

Without CARE we can never know, or live by, Natural Law.  You can ignore Natural Law, but you cannot escape the consequences of doing so.

I became intimately familiar with the Principle of Correspondence:

“The Principle of correspondence represents the Hermetic axiom ‘As above, so below, as below, so above’ indicating an analogy between the various planes of being and life, it also reflects the Arcane principle ‘From One know All’. It says as much that all planes of being function after the same rules and patterns, and thus the unknown can be comprehended by the knowledge of the known.”

During my journey, just before my spirit was reborn, I descended deeply into time and space until I became aware of only the clicks of on, off, on, off, on, off, on, off until suddenly, with what I assume was an ON, I experienced my own “big bang” and began returning to the present moment.  I’ll never forget the awareness of regaining consciousness in spirit form as I raced back to my bed.  The binary concept is ubiquitous in science and technology and I experienced it at the deepest level of consciousness that I attained on my journey.  “As above, so below, as  below, so above”.

Since winter set in this year, it seems it has not relaxed it’s grip, except for the heavenly Saturday we had at The Springs last weekend. So, I watch the weather looking for the most benign days to venture out and yesterday was one of those days.

The views at the Hotel Spring, where I drew some water for the day. 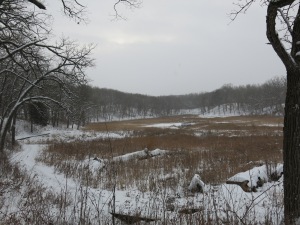 I’ve noticed recently that the DNR has also been hard at work removing brush. Check out these piles on north side of Hwy ZZ near the channel that drains Ottawa Lake into the Scuppernong River. 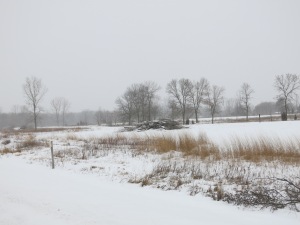 I continued working in the Buckthorn Alley, which will be our focus until conditions improve to resume burning brush piles. I cut on the left/north side of the trail. Here is what it looked like before I got started. 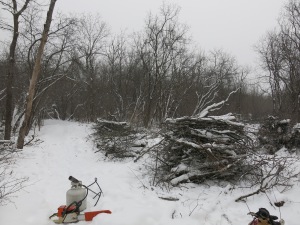 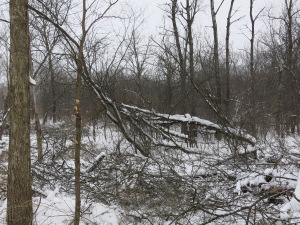 I lit the brush pile shown above that was nearest my torch and had a nice fire to warm up by as I worked. I needed the heat to keep my cell phone working!

I couldn’t stay long and cut relatively less than usual, but it was an excellent day!

I made time to take a walk around the trails before heading for home.

Views from the Marl Pit bridge. 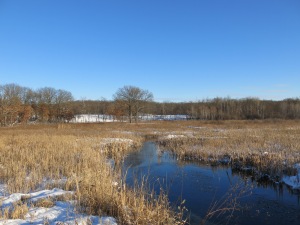 My favorite view of the Scuppernong River. 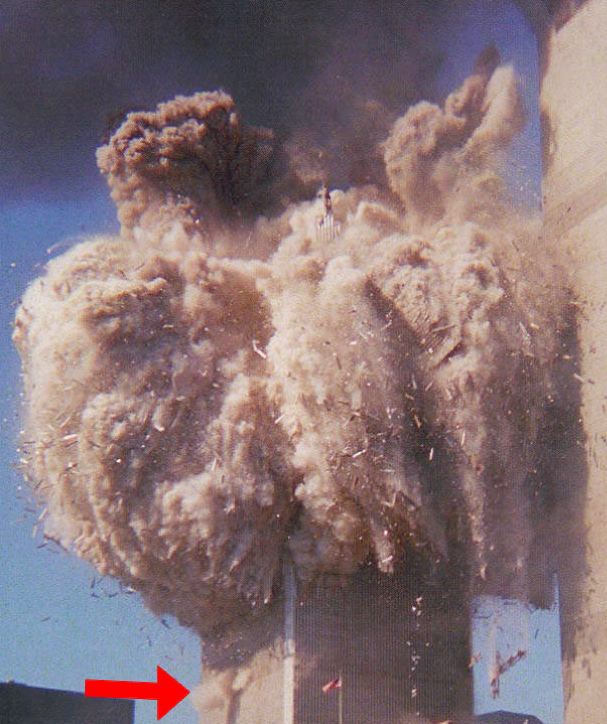 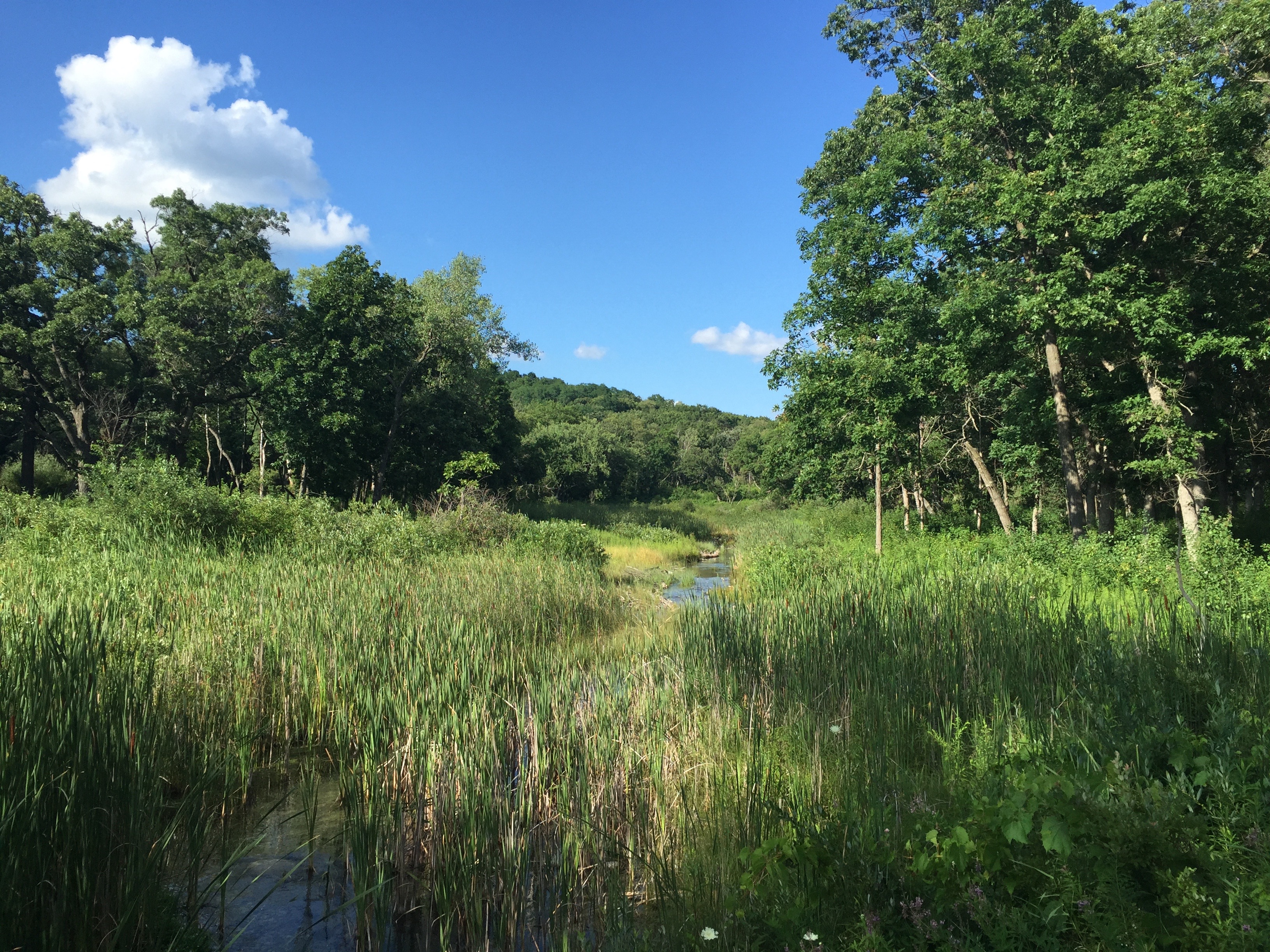