In what could be a landmark in the history of the restoration of the Scuppernong Springs Nature Preserve, the Kettle Moraine Natural History Association is funding Chris Mann and the Kettle Moraine Land Stewards to come and work at The Springs.  Chris graduated with a Biology degree from the University of Stevens Point in 2007 and started the Kettle Moraine Land Stewards in 2008.  Since then, he has left his mark on the land in the service of the: Wisconsin DNR, U.S. Fish and Wildlife Service, Friends of Lapham Peak, Kettle Moraine Land Trust, Muskego Lakes Conservancy, and many private land owners. Chris can do it all from designing an ecologically sound restoration, to clearing invasive species, executing prescribed burns and replenishing the native flora.

It’s always a pleasure to see Ron Kurowski at The Springs because he loves the place so much.  Time is spiritual currency and last Friday afternoon Ron paid me a visit and spent his time celebrating the work we have accomplished at The Springs, and imagining what we could do with more help.  The next thing I know, I’m walking on the Sand Prairie with Chris Mann discussing the work we want him to do.  It is going to be a great partnership and I’m looking forward to learning a lot from Chris.

I had a fantastic, three day run, at The Springs this past week and the weather could not have been any sweeter.  My immediate goal is to cut the buckthorn, and other woody brush, that has sprung up in all of the areas of the Scuppernong Springs Nature Preserve in which we have done major buckthorn clearing operations.  The cut brush and stems should be nicely dried by the time the DNR does their next prescribed burn, hopefully in the Spring of 2015.  On Thursday I continued where I left off last time on the cut-off trail.  Here is what it looked like before I got started (the first picture is looking west at the ruins of an old building foundation, and the second is looking southeast towards the Scuppernong River.) 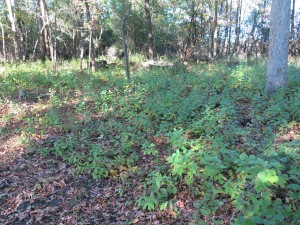 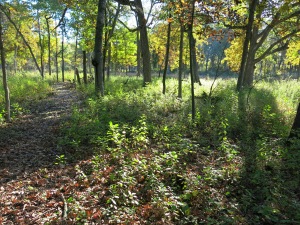 I am very careful to avoid cutting oak seedlings and, native flowers and shrubs. 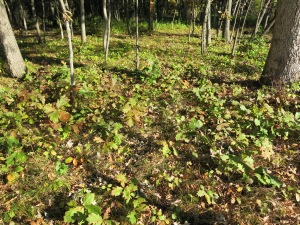 Here are the same two perspectives shown above after 8 tankfuls of gas in the brush cutter. 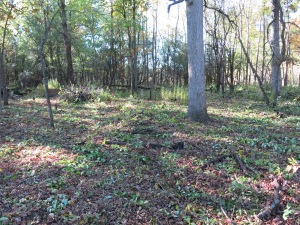 When I arrived on the sand prairie to watch the sunset, there were two women, obviously having a deep conversation, sitting on the bench that Ben built.  I respected their privacy and caught the last rays from the Marl Pit Bridge.

Friday was another gorgeous, Fall, day and I strapped on my brush cutter to work along the Buckthorn Alley trail, just north of where I had been the day before.

I find this work very relaxing and conducive to having thoughts; one of which struck me out of the blue was the relationship between the Greek Trivium… 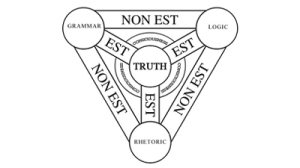 … and the Shield of the Trinity.

I first heard about this three years ago from Richard Grove, who asked the famous educator (at 26:00 in), John Taylor Gatto, about it at the start of the outstanding, 5 hour, interview he recorded with him.  For some reason, the power and implications of the idea — that the Christian Trinity was a metaphor for the Greek Trivium — took that long to sink in.

Jesus, The Son, is Grammar.  He is knowledge: who, what where, when.  He is the way, the truth and the life.  The only way to know The Father, is through The Son i.e., the only way to come to understand something is through knowledge. We gain knowledge via our five senses; only if we have eyes to see and ears to hear that is.

Who doesn’t want to be filled with the wisdom of The Holy Spirit and speak in tongues persuading all who hear?  Don’t worry if you’re not a skilled rhetorician; The Holy Spirit knows how.

Comparing the two shields above:

Truth is at the heart of consciousness.  Truth is what has actually occurred: the reality that is manifested moment by moment.  Yes, I see now: Grammar, Logic and Rhetoric united in truth is consciousness, and The Son, The Father and The Holy Spirit united are God.  Hmmmm… Richard Grove’s first question to John Taylor Gatto was:  “Is a metaphor a lie, or is it something else?”

Whoa there Buckthorn Man!  You better stick to your brush cutting.

Yeah… where was I?

The day flew by… 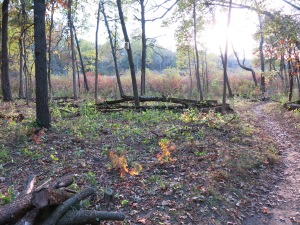 … and soon I was joined by a beaming Ron Kurowski.  Thanks for your support and encouragement Ron! 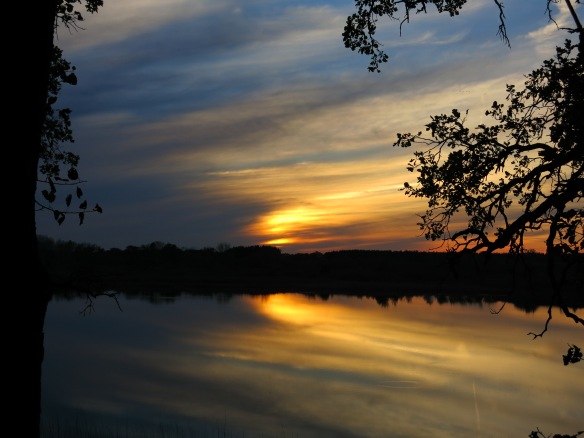 The harvest is plentiful but the laborers are few.  I was brush cutting under the canopy just west of signpost #13 on Saturday and I had that special feeling I love of knowing I was in the right place, at the right time, doing the right thing.

Before doing my thing… 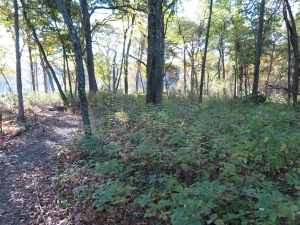 After doing my thing.

There are wonderful, late afternoon, views to the west from the cut-off trail.  Check out the north side of the Scuppernong River under a canopy of massive white oaks on this trail that was once lost, but now is found. 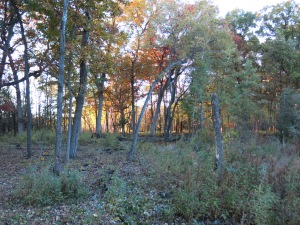 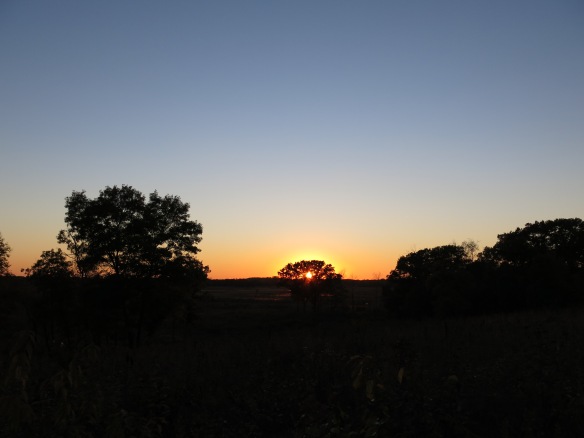 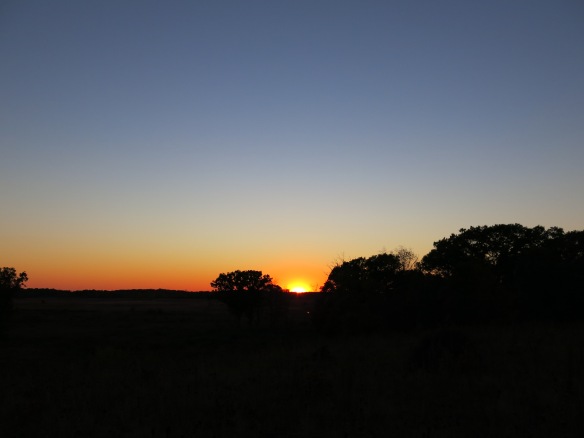 11 thoughts on “Kettle Moraine Land Stewards Coming To The Springs!”